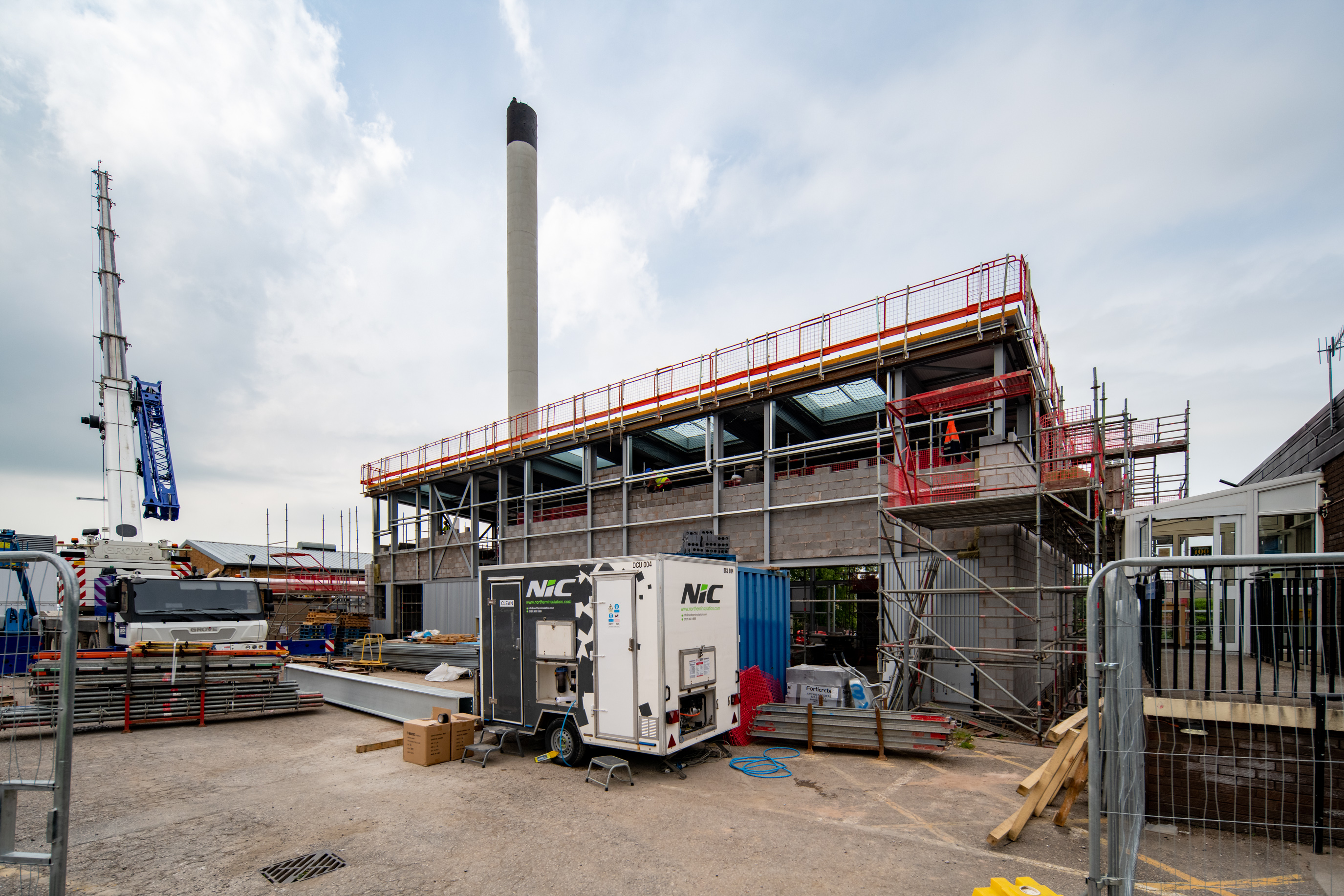 Wearing hard hats and high vis vests, the pupils were welcomed to the Energy Centre by the Capital Services Team at University Hospitals of Morecambe Bay NHS Foundation Trust (UHMBT).

The Capital Services Team was involved in an amazing 69 projects in the last year including many large schemes and infrastructure projects such as the Energy Centre.

The year 2020 to 2021 saw the biggest Capital Plan ever in the Trust’s history – more than £50million was spent across the Trust; normally the capital spend is between £20million and £30million. The work has included new operating theatre facilities, updates to the Endoscopy Service as well as building work in the Emergency Department, the development of a new surgical admissions lounge, refurbishments of wards in Medical Unit 1 and new emergency lifts to Medical Unit 1.

Andy Lamb, Capital Services Project Lead for UHMBT who is overseeing the Energy Centre build, gave the pupils a talk on how it would operate once completed.

Andy said: “We were keen to show the pupils the site of the new Energy Centre which will house three new energy efficient steam generating boilers. 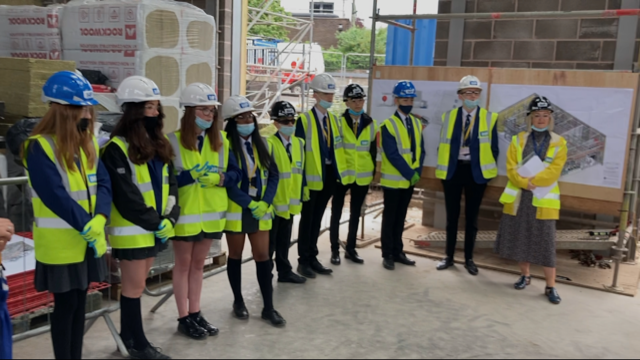 “The building foundation was laid and completed recently and we wanted to share the occasion with future engineers and builders. The pupils were invited to add the final bricks to a parapet wall of the building. We will also be updating the schools with monthly progress reports and photos so they can keep track of the project.”

Oliver, one of the pupils from Bowerham Community Primary School who visited the site on Monday 21 June, said: “I learnt today that steam boilers are really cool; steam helps make electricity, heat for radiators and then goes on to let you cook food with it!”

Mark Hampton, Capital Services Manager for UHMBT, said: “It was great to welcome the children to the RLI and the site so that they could see what goes on in the background of a busy hospital.

“It’s nice to have these links with local schools and to involve the wider community. 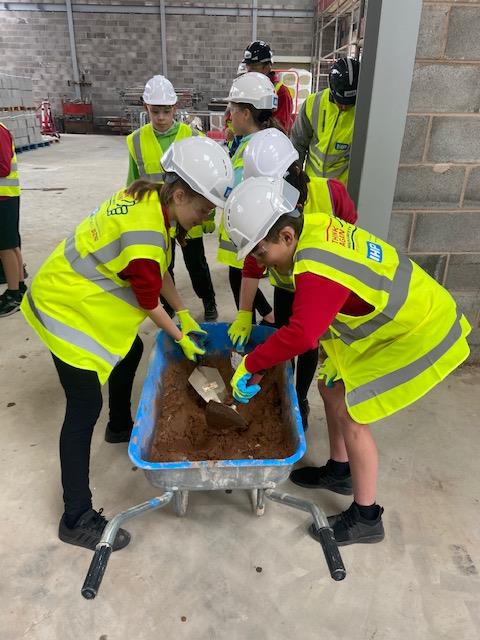 Local schools have been very supportive of our Trust during the pandemic, especially Ripley which is right next to the hospital. They allowed us to use their dining hall for staff training and changing. We are hugely grateful for this kind support.”

The new Energy Centre will provide a reliable source of power for the RLI site and will also result in a greater saving in energy.

Mark said the resilience of the site will be secured by the new Energy Centre and if, for any reason, the gas system fails, there is a back-up system which uses diesel oil to enable the site to run for four weeks. The Energy Centre is needed because the old boilers and boiler house have come to the end of their natural life and need to be replaced with energy efficient steam-raising boilers to ensure the safe running of the hospital.

Mark said: “We also have a gas-powered combined heat and power (CHP) unit that was installed in 2020. This engine powers a generator which produces electricity back to the grid for the hospital’s use. The waste heat (exhaust gas from the engine), is used to produce steam via a waste heat boiler. This then goes into our heating and hot water system. The CHP has been running for around 12 months and we’re going to connect that to the new Energy Centre as well to achieve even greater savings and efficiency.”

In addition to this, the steam goes to the hospital’s Sterile Services Department to sterilise surgical equipment and to the Catering Department to provide power for cooking and to sterilise the dishes in the dishwashers. It also goes to Medical Unit 1 and Medical Unit 2 as well as the Centenary Building where it generates hot water and heating. Instead of gas to heat the water, the system uses steam to heat the water via plate heat exchangers. 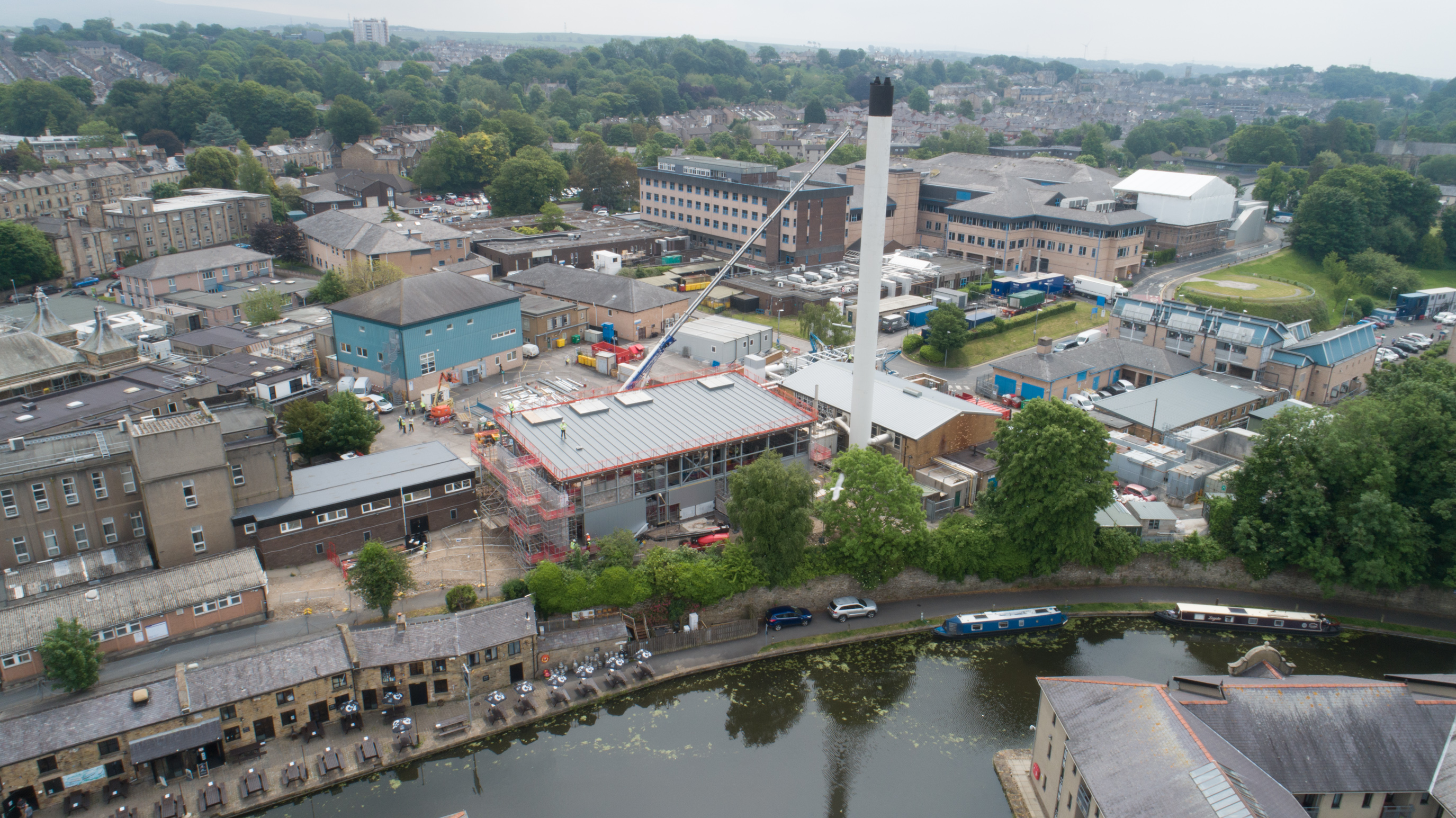 The site of the new Energy Centre backs onto the Lancaster Canal next to the current boiler house.

Mark added: “I would like to thank colleagues from adjacent departments who have been incredible working with us to make the build run as smoothly as possible and everyone involved in this exciting project for their professionalism and dedication. I’m glad the Energy Centre has been created on my watch; it’s going to be an interesting project once it’s all completed in February 2022.”

A video of the pupils’ visit can be viewed here: https://youtu.be/M8l7FMg_fMc