Colleagues at University Hospitals of Morecambe Bay NHS Foundation Trust (UHMBT), volunteers from the North West Ambulance Service (NWAS) and other volunteers are being praised for the superb work they have done on installing special screens as part of the COVID-19 response.

A monumental effort by a number of colleagues and volunteers went into putting up the ‘Kwick Screens’ in clinical and non-clinical areas at the Trust’s three main hospital sites.

Sally Young, UHMBT Quality Assurance Matron and Sue Brogan from Supplies, coordinated the huge logistical task in acquiring and installing the screens. Sally thanked Sue for her excellent work in ensuring the safe installation of the Kwick Screens on the three sites in Barrow, Kendal and Lancaster.

A total of 239 Kwick Screens were installed over a period of three weeks with the aim of maximising the privacy, dignity and comfort of patients.

One of the reasons the screens were purchased was to reduce the number of disposable curtains used. This has resulted in cost savings and has increased safety for the Trust’s Hotel Services Team as they haven’t had to change them when doing deep cleans.

The screens have been used to ensure social distancing is done correctly on the wards as some curtain tracks don’t always run right around the bed spaces when beds are moved. Some areas have been using the screens more than others and they work well in all areas.

Initially several of UHMBT’s COVID-19 areas were mixed sex so the screens were used with curtains to segregate patients and ensure privacy and dignity. The layouts in the Emergency Departments were also changed as part of the COVID response. 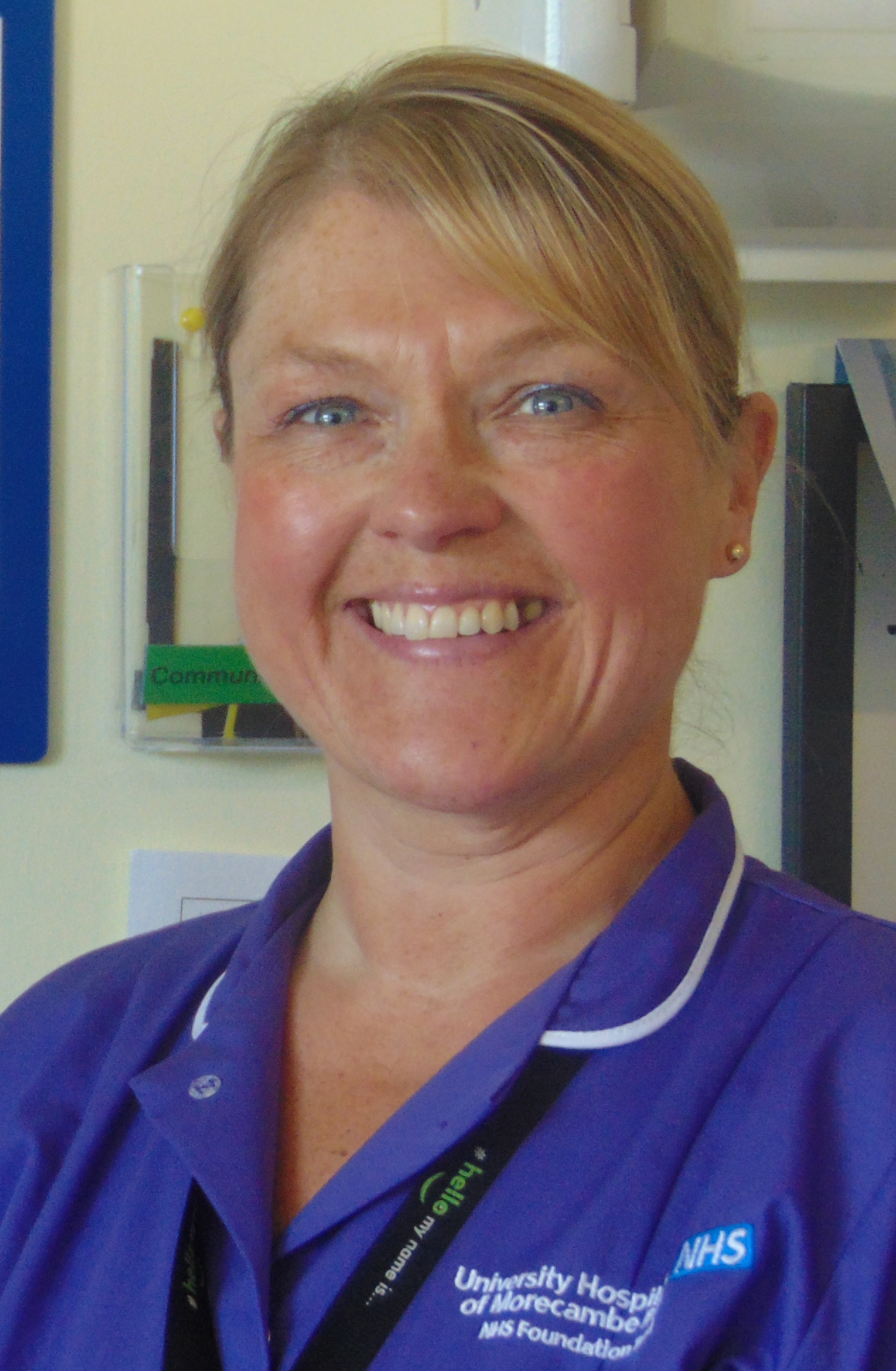 In overflow Intensive Care Unit areas the screens have been used to separate awake patients from more seriously ill patients. Again, this has ensured patient privacy and has helped people to rest more easily.

The screens have been used in areas where antibody screening of staff has been taking place at Furness General Hospital (FGH) in Barrow. This has ensured privacy and dignity when samples have been taken.

In operating theatres at the Royal Lancaster Infirmary (RLI) the screens have been used in recovery areas in Intensive Care Unit (ICU) theatre rooms. One family said the screens were better than curtains as they afforded a greater sense of privacy.

In the Maternity Operating Theatre the screens have been used for new mums who have had a caesarean section. The screens provide a quiet place for mums, birthing partners and babies.

The Trust’s COVID-19 Command Centre has been using the screens to maximise social distancing for staff and in the Emergency Department at Furness General Hospital during the initial triaging of COVID and non-COVID patients. The screens have been used to separate people and provide maximum patient and staff safety.

Sally said: “I would like to say a huge thank you to all of the volunteers and members of staff who worked on the installation of the screens. They have all been fantastic!

“The Estates Teams helped with the deliveries of the screens and staff from BAE and NWAS helped with building and moving kit around.”

All the volunteers from NWAS for this were Community First Responders (CFRs); an incredible asset to NWAS.  CFRs provide lifesaving care to patients in their local area as well as support to their family and friends at a stressful time. They are trained, managed and supported by NWAS and belong to a local team covering a specific area or community.

Andy Warren a CFR from the Backbarrow and Haverthwaite team, said: “I am a pretty practical person, so being able to use some of my practical skills to help out was really satisfying.

“The build days went smoothly and the screens were assembled rapidly. I think one of the most satisfying parts of the build day was the actual delivery to the end user departments. Ultimately it gave me a sense of satisfaction to know that I had been part of a team that had helped deliver screens to wards in a short time. This was reinforced when we were sent photos of the screens in use across the three hospital sites.” 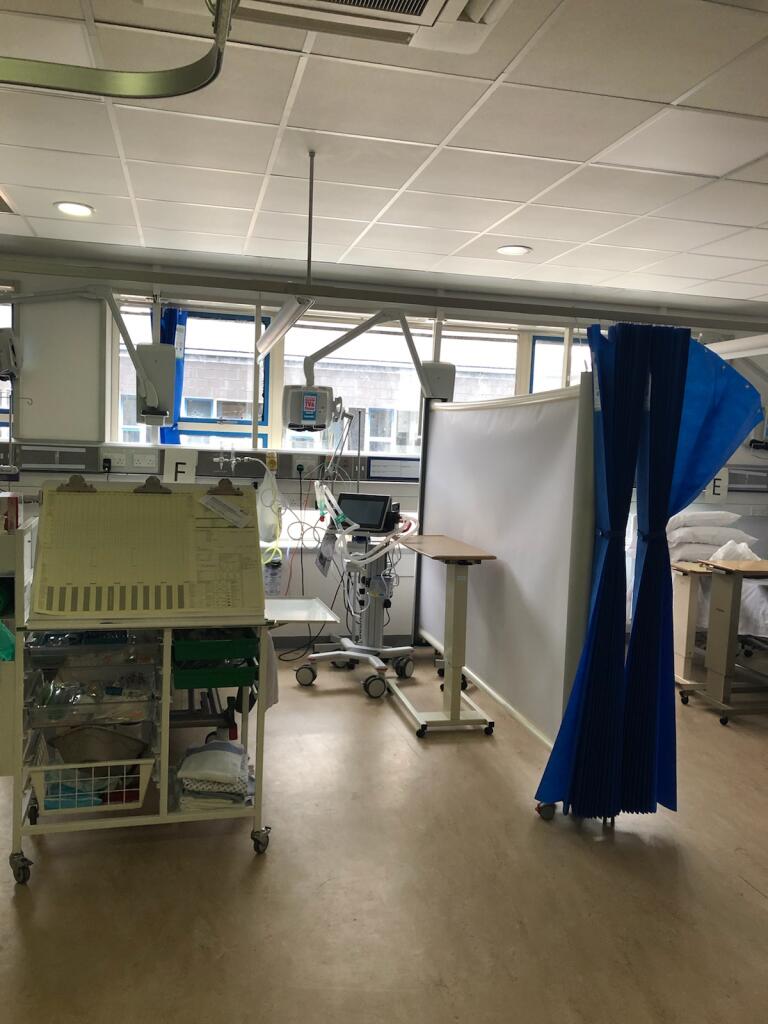 Helen Lace, CFR from the Coniston team, said: “I was asked if I wanted to help with building portable screens for Furness General Hospital.

“I arrived at the designated safe area with an assortment of tools and homemade cake, which went down a treat. We had a great mix of people from various organisations; from mechanical engineers, scientific engineers, nurses and hospital maintenance staff. Two hours later, job done; 25 screens delivered to the wards that needed them and back to the kitchen for a social-distanced tea and cake. It was great meeting other people and feeling we had all contributed to helping others.”

Adam Game, a CFR from the Lancaster and Morecambe team, said: “Being asked if we could assist with building the Kwick Screens for the Royal Lancaster Infirmary was a no-brainer for myself and the Lancaster and Morecambe CFR team. The importance and need for this system became apparent when we delivered these to the various wards and departments and saw how grateful and appreciative the clinical staff were. We were honoured to be able to help out and give something back to our local hospital during these unprecedented times.”

Sally added: “Everyone worked very hard and we all got on well together. It was good fun with great teamwork and we are all glad that we’ve done it. It has been an extremely worthwhile thing to do.”