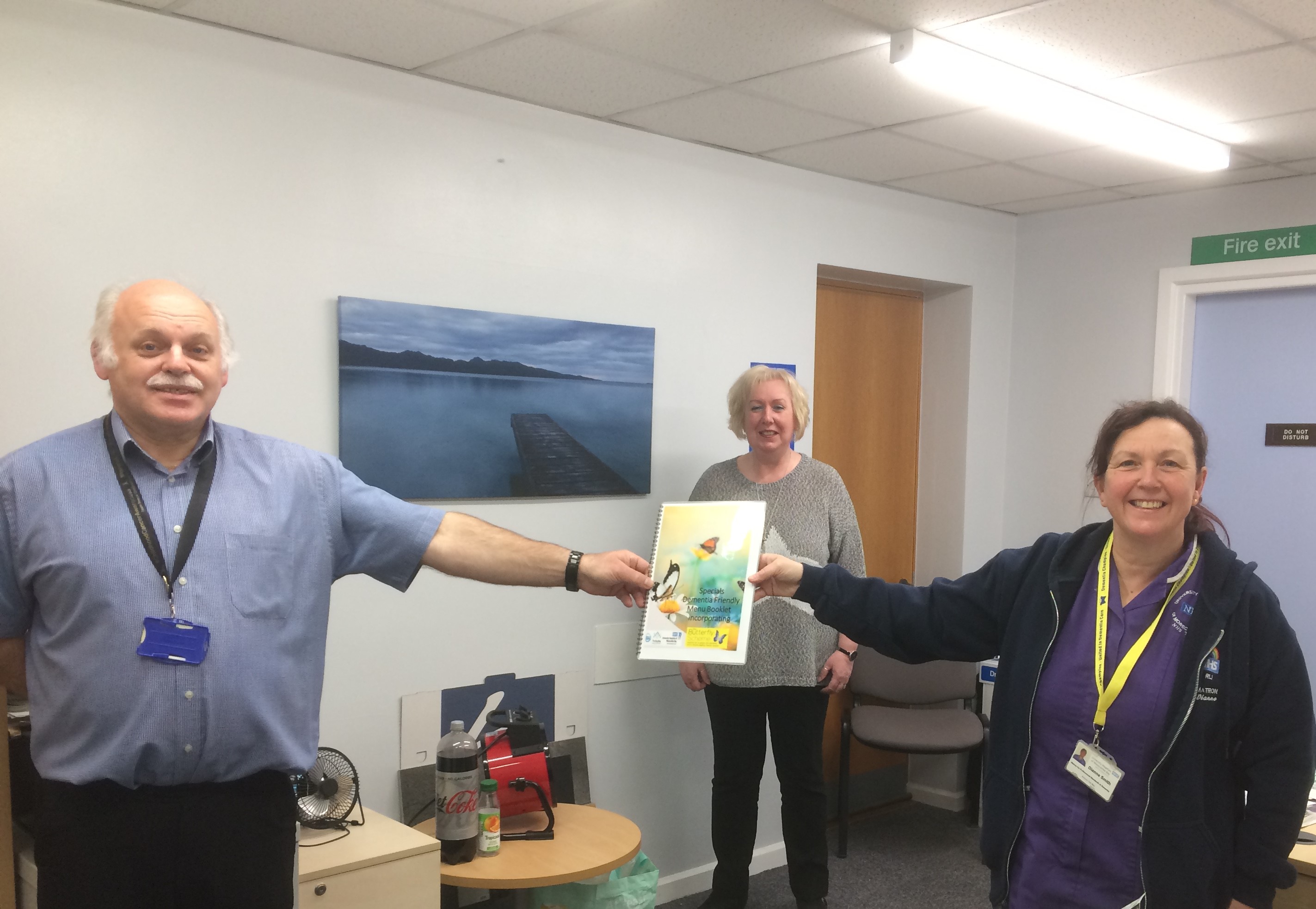 A tasty new menu specifically for patients living with dementia has been launched by University Hospitals of Morecambe Bay NHS Foundation Trust (UHMBT).

Dianne Smith, Dementia Matron for UHMBT, has been working closely with colleagues from the Catering Teams and Dietitians at all three of the Trust’s main hospital sites to develop a menu that is even more ‘dementia friendly’ for patients.

As people with dementia can often find it difficult to eat a full meal, Dianne and the team have revamped the existing menu and incorporated more tempting ‘finger foods’ and mouth-watering snacks.

Five years ago Dianne and Specialist Dietitian, Hannah Seymour, first came up with the pioneering idea of a dementia friendly menu for patients. They shared their idea at the National Dementia Congress in Birmingham and the concept is now widely used to support patients living with dementia.

New additions to the original dementia friendly menu include a ‘Spicy Box’ with samosas, onion bhajis and other treats, a ‘Picnic Plate’ with delicious sandwiches, mini quiches and more, as well as hot finger foods such as burgers and mini pies. The menu is linked to ‘The Butterfly Scheme’ at the Trust which supports people with dementia and anyone who needs memory support.

Dianne said: “People living with dementia can find it hard to eat much at one time. Finger foods aren’t as over-facing as a three course meal. It helps people to be more independent and to feel relaxed. It also promotes self-care and makes meal times less challenging.

“It can be hard for people with dementia to use cutlery so finger foods are ideal. Finger foods help people to eat little and often which is more manageable for them and, together with snacks, it keeps up their calorie intake. We consulted with numerous people over the new menu and asked what they wanted. We’ve had great feedback from patients, families, carers and ward staff who have all said they like the options on the new menu.”

Although the COVID-19 pandemic has meant restricted hospital visiting, Dianne has ensured that John’s Campaign is being implemented across the Trust. This means that all people with dementia can be visited by their regular carer to receive support if needed.

Menus are kept on hospital wards so that carers can look at the menu with patients to help them choose from the options. The dementia friendly menu also has tips on how to assist a person with dementia when they are eating.

Dianne added: “The dementia friendly menu is a great support for people living with dementia and I would like to thank Ian, Tracy, Jackie, Michelle and Hayley for their excellent work on this.”